FOREVER is built on the foundation of memory keeping, with the promise of helping you tell your story for years to come. But, every now and then, we’re reminded that FOREVER is helping people share the stories of people long passed.

I want you to know how I use and appreciate FOREVER. I have uploaded and annotated tons of family photos on FOREVER, and I have been able to tag and sort them and share them very quickly with people. I never knew what to do with all our photos as well as those amassed by parents and grandparents, and felt guilty letting them sit and molder and guiltier still tossing them out. I have told many friends about FOREVER, as many in my age group are dealing with this same issue!

As an example, my great uncle, Monsignor Patrick Flynn, went to seminary in Belgium from 1919-1923. He chronicled his travels and life with many photos and, thankfully, identified people, dates, and places for almost all his photos. These photos show the aftermath of WWI in Belgium, religious processions in Louvain (where he studied), several trips to Italy, France, and Ireland, and the antics of young seminarians (?). The most surprising photos in his trove are two that show then-Prince Hirohito of Japan touring Belgium, and several of King Albert of Belgium. My mom had inherited these years ago, and was ready to toss them as she had no idea what to do with them. I'm glad to be able to preserve these photos along with their information. 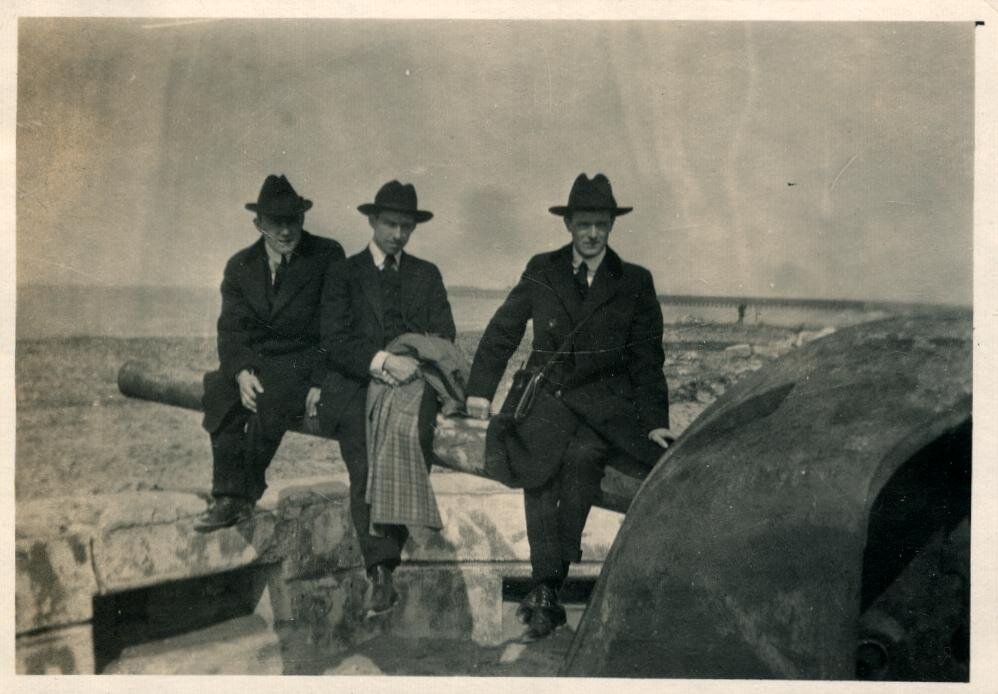 As written by the Monsignor: "German gun on downs along shore near Blankenberghe. John Foley, Ed. Gaffney & myself." 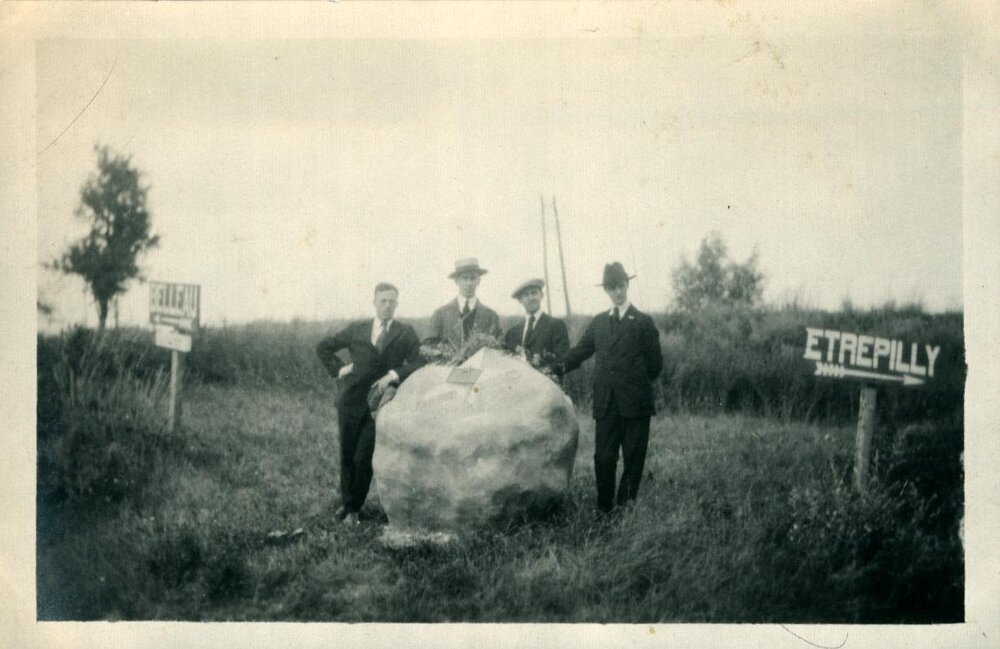 As written by the Monsignor: "Sullivan, Driscoll, Gaffney & I behind the boulder marking the spot where the 2nd. division entered the fight at Belleau Wood near Chateau Thierry, France, July 22nd, 1920." 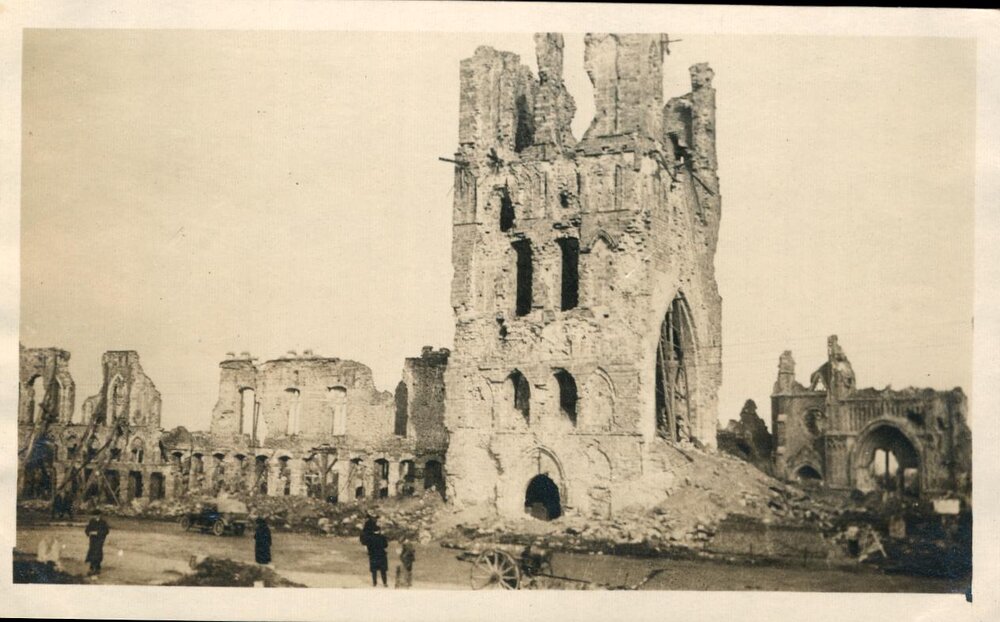 As written by the Monsignor: "The ruins of the famous Cloth Hall, Ypres, Belgium. 300 British are said to have been buried alive under the stones when the building was bombarded for the second time." 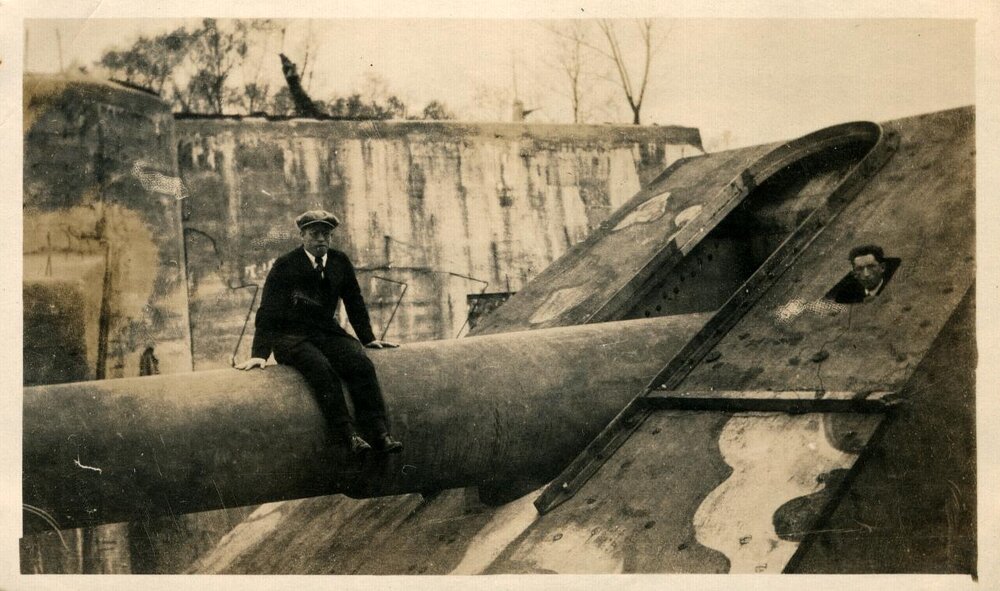 As written by the Monsignor: "Jack Sullivan (on the gun) & Pat Quinlan at the big gun in the vicinity of Bruges. It is one of the German guns that shot 68 miles, a sister-gun to the "Bertha" that shelled Paris on Good Friday, 1918."

To see the rest of the photos, visit Susan’s album.