A Recipe for Remembering 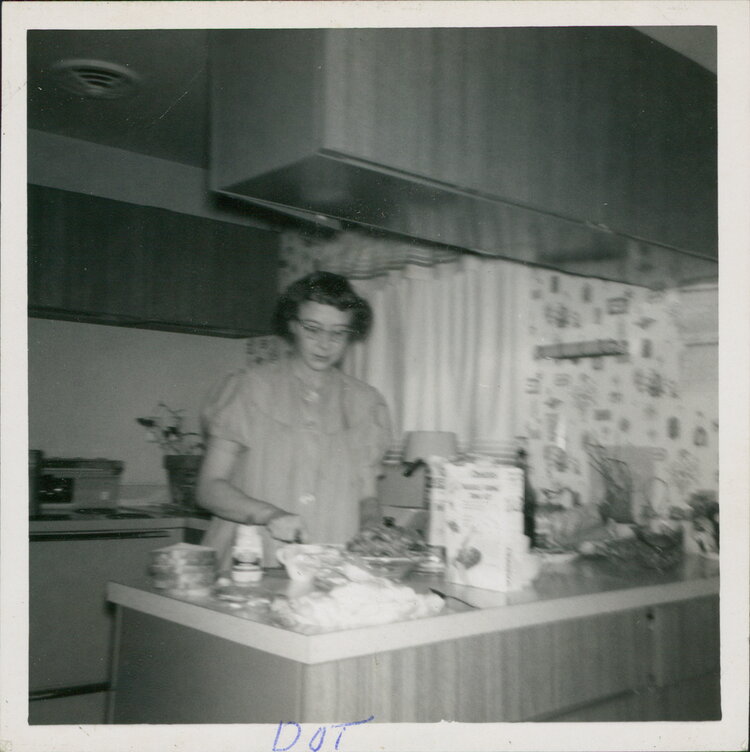 This is the only picture I could find of Mom cooking.

Do you ever get lost in conversation? I went to text my older brother on his birthday last week. My initial text led to other subjects, like the fact that Mike and his 4-year old grandson have an ongoing date 3-times a week to read a book together virtually via an app from his local library. I thought that was VERY cool!

Our next subject was cooking. Since we both like to cook we were talking about recipes.

Mike asked me if I had any of Mom’s recipes in her hand writing. Mom passed away in 1982, so it wasn’t like I could ask her that question. I checked and only found 3 recipes written in her handwriting. Very disappointing.

Mom had a recipe box. You know, the metal kind that holds 4x6 index cards. I believe she kept most of her recipes in that box…probably hand written. But then, something terrible happened. The family home suffered a horrific house fire 2 months after Mom’s passing. It destroyed the ENTIRE kitchen and the laundry room, and there was smoke damage throughout the house. The fire was so hot it literally melted the Kitchenaid Mixer! I didn’t realize until I had that conversation with my brother that we don’t have that legacy of HER hand written recipe box because of the fire. Mike and I were feeling quite sad about not having that recipe box. 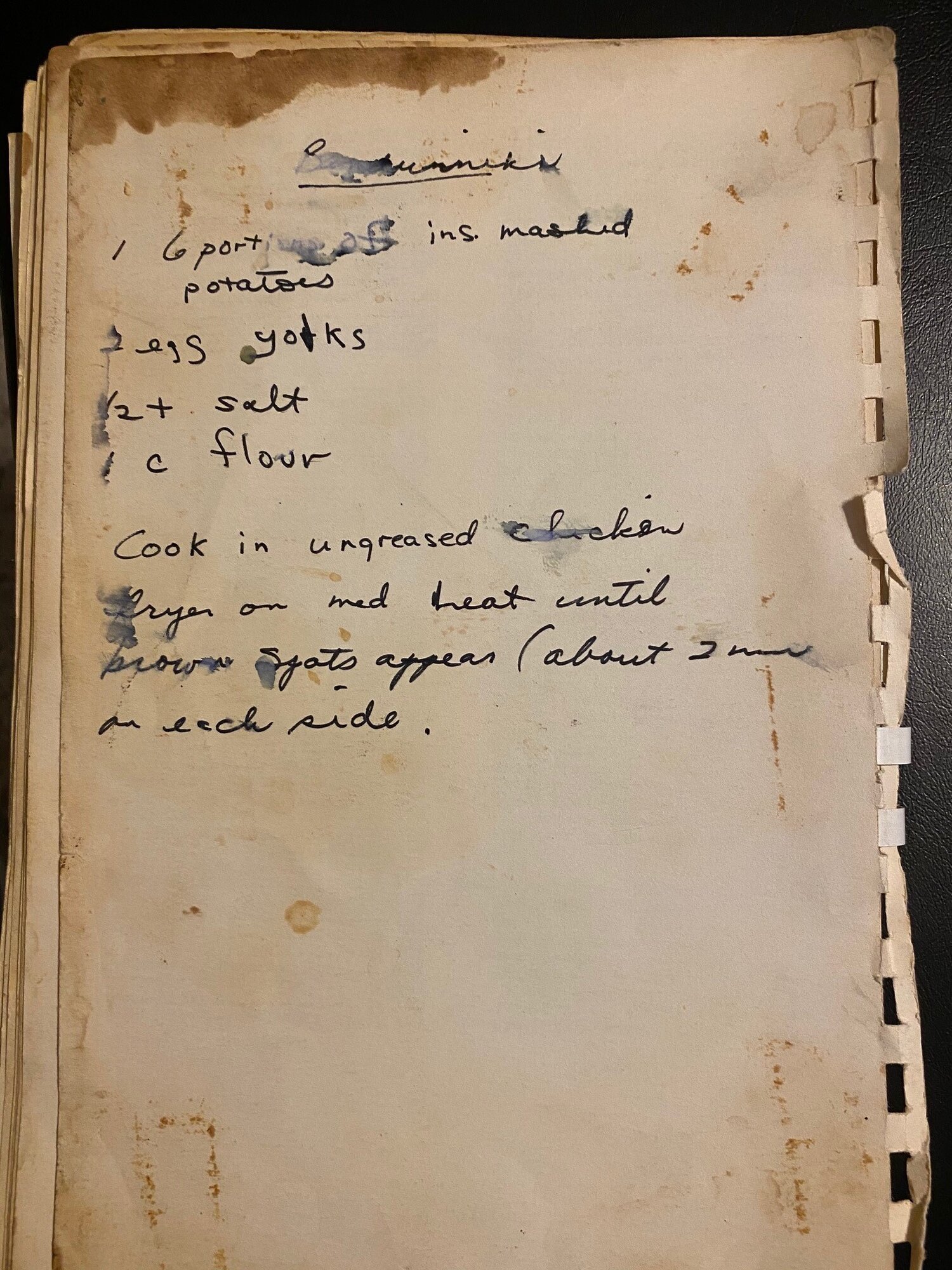 The recipe you see is called Bondunicky. It is a Slovak recipe. Traditionally served on Christmas Eve. This is Mom’s writing.

All that to say I dearly LOVE my FOREVER Storage account, where I know my treasured memories-pictures, PDFs, Word documents, videos and audio files are all stored. They are digital and online so another fire can’t destroy them. The few handwritten recipes of Mom’s are now in my Storage account, where they will be safe and secure.

If you have your mom’s recipes, make sure you have them digitized. Especially the handwritten ones - those are special.