Our son, Morgan, enlisted in the Marine Corps when he was 19. 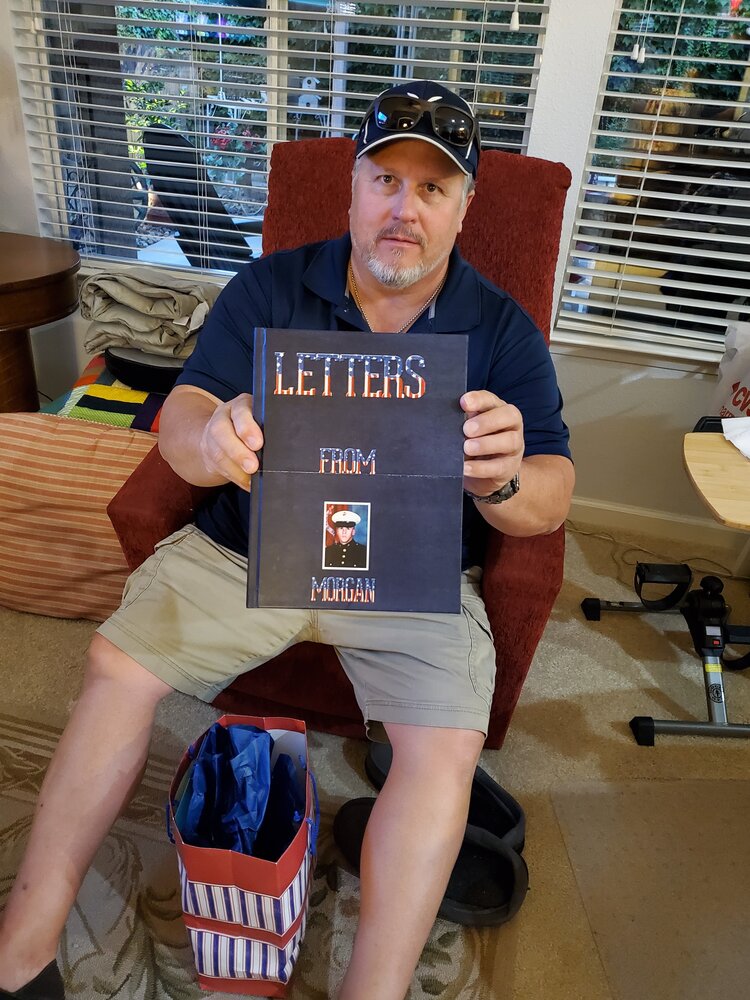 While he was away serving, he wrote letters home to us (his parents) and to his grandparents, and we saved them all. Before she died, my mother gave me the letters he wrote to them.

Working in my FOREVER Account, I’ve been going through tons of photos and other memorabilia. While digging, I found these letters and began reading them. It brought me right back to that hard time in life, the one where we said goodbye and watched and waited for word the whole time Morgan was gone.

I decided it was time to have those letters scanned and preserved. Once they were scanned, I took the letters and made a 99-page book in FOREVER Artisan, keeping the background consistent throughout the book. It was all about the letters. With Morgan’s birthday fast approaching on 4th of July, I worked long hours to complete it; I wanted the book to show just how much his letters meant to us. When it arrived, I wrapped and had it waiting for his party. I couldn’t wait for him to see it!

When he opened his gift, he did it in front of his entire family. Later, he told me that the full impact did not hit him until he went home that night. The next day, he read every page. He said it brought back such a flood of memories. This book will be cherished by his grandchildren when they are old enough to understand his sacrifice for our country. Thank you, FOREVER, for helping me honor Morgan properly!