25 years ago, my youngest child was born on the cusp of a 500 Year Ice Storm. I had heard that the 3rd child does not get many photos before I went to the hospital, so I was determined that would not be the case for this baby! I had even asked to have photos taken before we left the house (in the middle of the night) to go to the hospital.

My husband finished off the roll by taking a few photos of the damage from the ice storm, and he left the roll of film on the dashboard, where it "stayed". A few days later as he was driving around, he had an open cup of orange juice in the cupholder. Kerplop! The roll of film had dropped into the juice. With the ice storm disrupting life in our region, the roll of film was the least of his worries.

Recently I was on a virtual crop (where we scrapbook), and the gals were showing me what they were able to do with FOREVER Historian software. I immediately thought of this photo and asked about it - could it be restored? My friend, Melode, told me to scan it and send it to her right away…so I did. In about an hour and a half, I broke down in tears of joy. 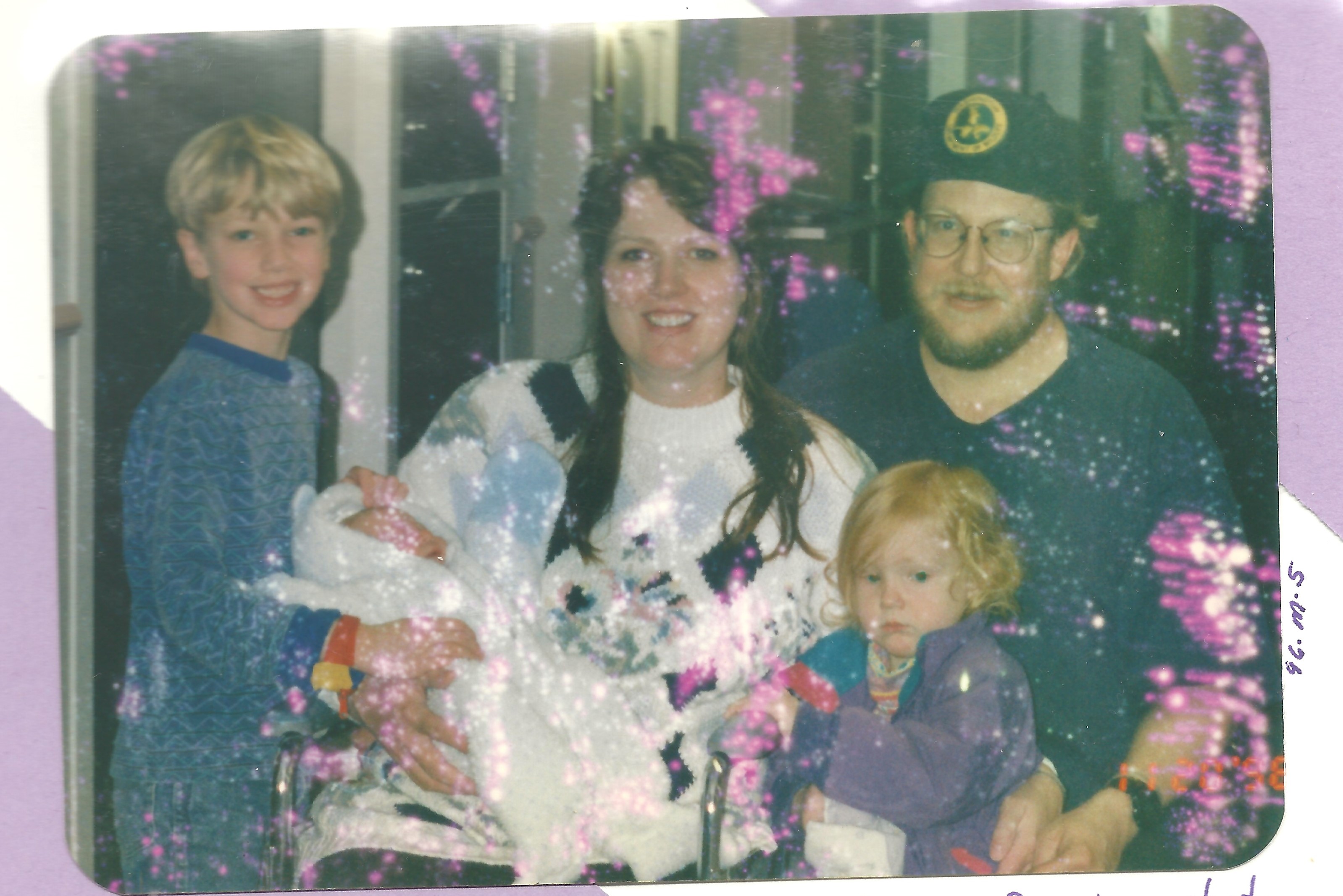 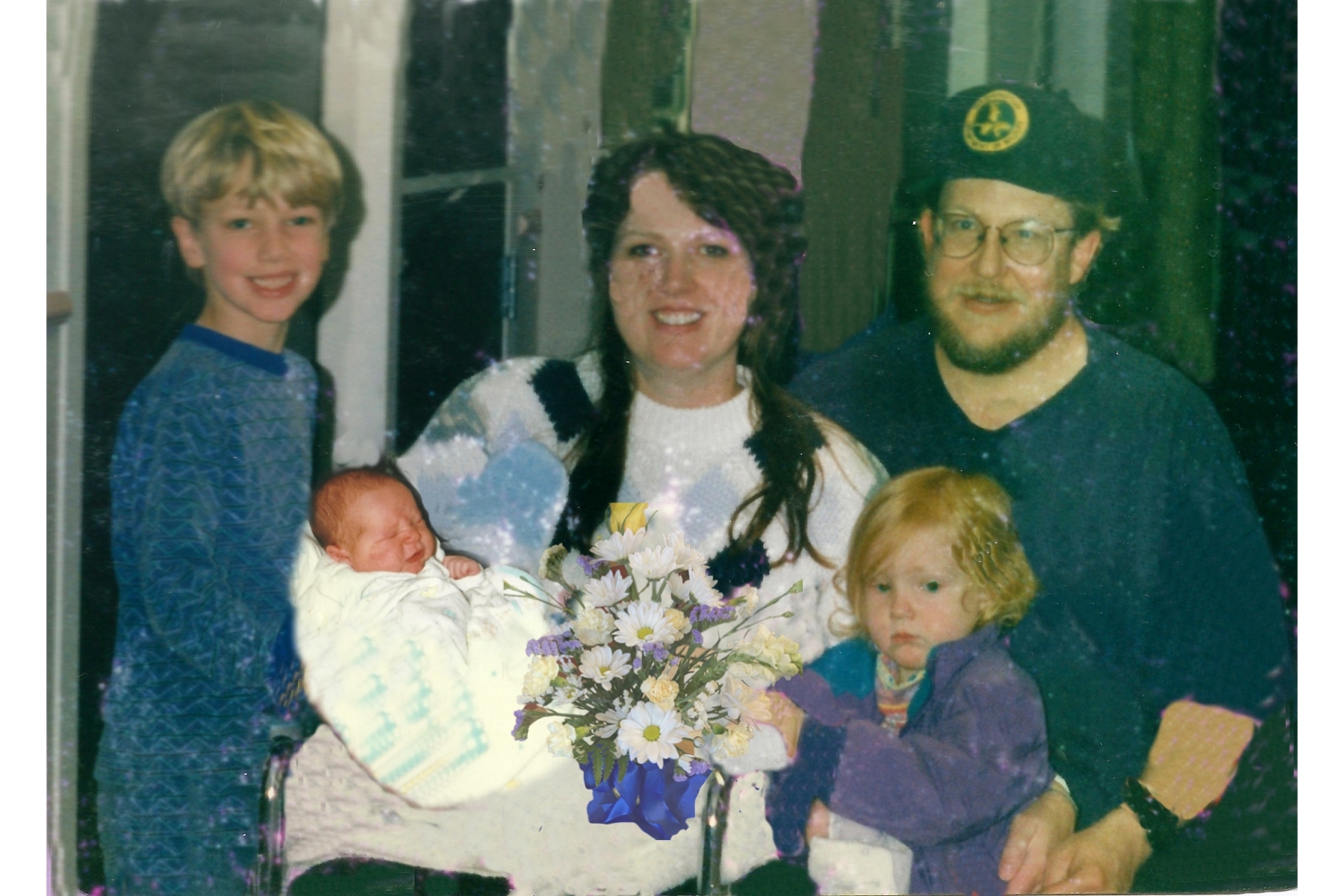 I have NEVER been able to see the faces of my family in this photo. Melode did some general editing, gave me a new bouquet of flowers on my lap to cover the messed-up sweater, and replaced the head of my baby with a different, similar photo of him (from a roll of film that had not been damaged).

My family album now has the restored photo in the place of the damaged one. And when I next see my 25-year-old son's photo album, I have a replacement photo for his book too!

I am so grateful to my friend and, of course, to Historian for making this possible. I have a HUGE smile whenever I see or think about the latest version of this photo that captured this one very special moment. And after a 15-year hiatus from scrapbooking, I am again obsessed with getting photos into places where the memories and the stories of our family can be told and shared.